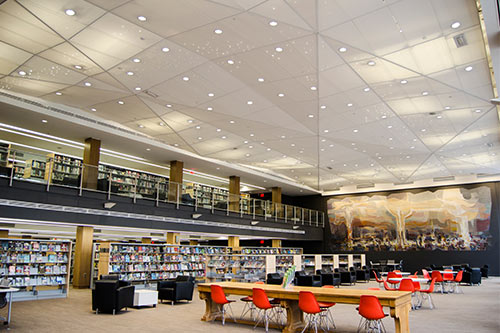 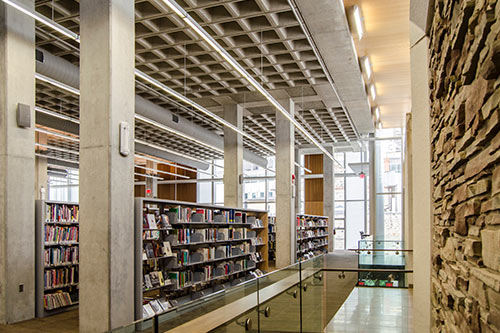 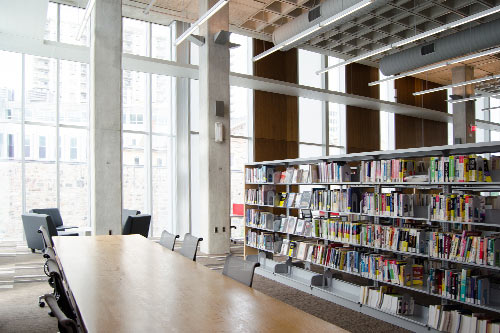 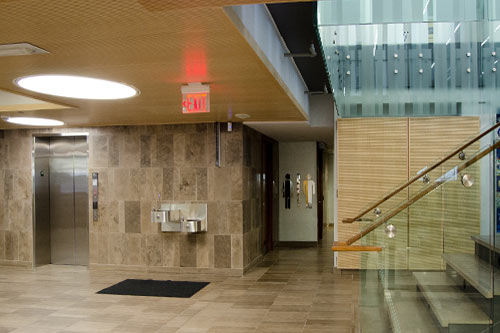 In the heart of Kitchener, ON is the central branch of the Kitchener Public Library. In 2010, the ground was broken on a 3.5 year, $40,000,000 renovation and addition. This transformative project created a new public meeting place and an opportunity to learn and share with the community. In addition to the library, the building also includes a theatre, art gallery, computer lab, study areas and meeting spaces.

In the front of the library is the main reading room. The two-story, open concept space, has a new ceiling that is lit to look like stars in the sky. In a room this size, emergency lighting can be a challenge. In a space this beautiful and modern, aesthetics play a critical role in all components installed. To meet the emergency lighting requirements and not detract from the overall design, Hao Sun chose the Tempesta™.

The Tempesta™ is a LED or fluorescent emergency light that defies the look of traditional emergency lighting. It can be surface or recessed mounted and its low profile and curved silhouette blends right into the surroundings. Providing over 1300 lumens, the Tempesta™ had the performance to light the area from the ceiling of the second story.

In addition to the Tempesta™, which was installed throughout, the Kitchener Public Library also has Stella combos, Curva exits, Nova battery units and LR plastic remote heads.

Hao Sun, P.Eng., LC, IESNA of The Walter Fedy Partnership was chosen as the lighting designer on the project. In 2015, he was honoured as the recipient of the IES Illumination Award of Merit for the Kitchener Public Library design. 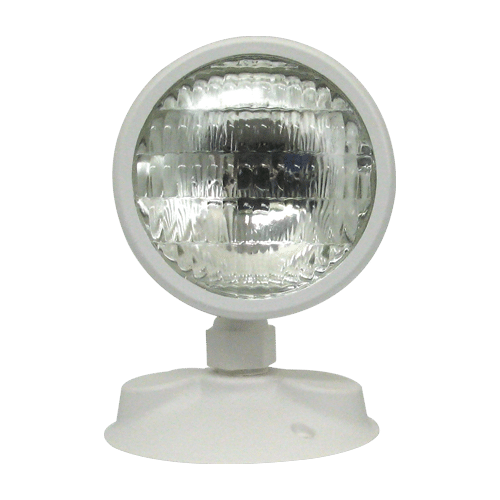 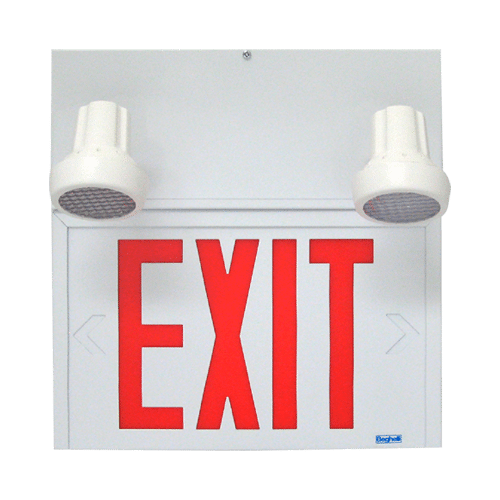 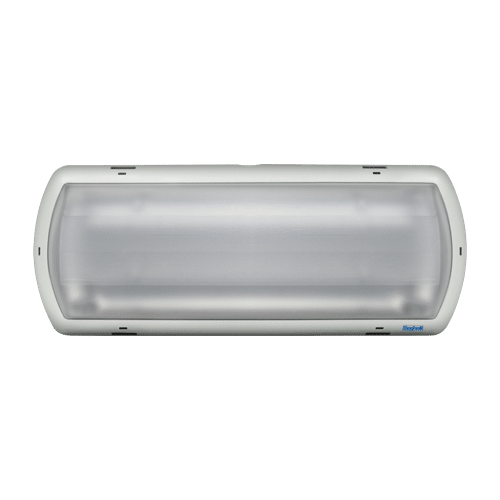 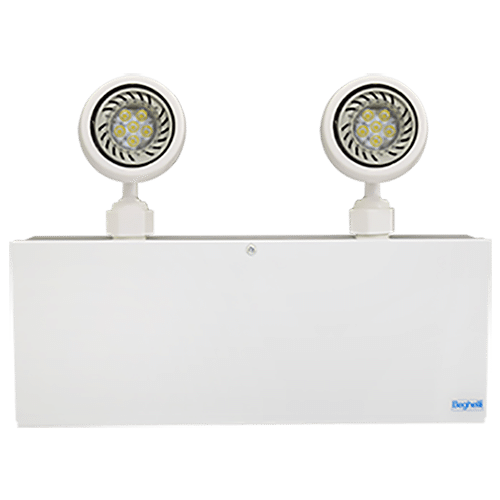